Many Americans think of argument as something to be avoided, an uncomfortable and anxiety-producing event that will likely end uproductively in the re- 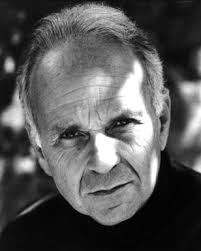 entrenchment of positions held by persons whose beliefs are thought to be inviolable, a “You Can’t Touch This!” mentality. Stanley Fish, Distinguished University Professor of law at Florida International University and regular contributor to the New York Times, thinks of argument very differently.  Perhaps one of the most eloquent and provocative public intellectuals on the subject of rhetoric and persuasion, Fish finds that disagreement is an inevitable—and important—aspect of our lives, part and parcel of who we are as humans.  In his words, “Each of us occupies a partial, time-bound perspective and none of us has access to the God’s-eye view from which the ‘big picture’ might be seen at a glance. Therefore any statement any of us makes is an argument because, as an assertion that proceeds from an angle, it can always be, and almost always will be, challenged by those whose vision is also angled, but differently so. Conflict, not agreement, is the default condition of mortality” (2). That premise is fundamental to his recent Winning Arguments: What Works and Doesn’t Work in Politics, the Bedroom, the Courtroom, and the Classroom (New York: Harper Collins, 2016), the book in which the following chapter appears.

Living in a World of Argument

If you would like to know more about argument and its various dimensions, inside and outside of the academy, please consult this overview from Catherine Palczewski et al., Rhetoric in Civic Life. State College, PA: Strata Publishing, 2012.